Posted on in
NEWS

What is Truck Urea?

Is it good to buy a truck with EURO 5? Yes of course! The difference between these models and others is that they allow us to take better care of our environment, something that many people did not think about due to the impact that diesel has had on the air.

This fuel has presented problems in recent years, but an increasingly common technology is helping to change its image and would make vehicles that depend on it more viable in the future. What element are we referring to? Well, urea for trucks .

If you want to know what it is and what its benefits are for this and other types of vehicles, then continue reading the following article that FUSO has for you.

What is urea for trucks?

There has been some confusion in the automotive industry about what exactly urea is and how it is used in Diesel Exhaust Fluid (DEF) and AdBlue. Since it appears in a variety of everyday products we use, not to mention that our bodies produce it naturally, it is no wonder there have been misunderstandings in the market.

Commercial grade urea, which is made up of synthetic ammonia and carbon dioxide when subjected to high temperatures, can be produced in liquid or solid form and is used in fertilizers and DEF. For DEF purposes, it is generally produced in grain form and shipped in super sacks or bulk rail cars.

What is the difference between DEF and AdBlue?

They are both automotive urea! The only difference is that in the United States it is called Diesel Exhaust Fluid (DEF), while in Europe it is known as AdBlue (registered name). Both are responsible for reducing NOx by up to 90%, they can even reduce it to levels close to zero when used in combination with diesel particulate filter technology.

DEF and AdBlue are an aqueous urea 32 fluid (AUS 32), a clear 32.5% nitrogen solution of high purity urea in demineralized water. Urea solutions are safe to handle, the manufacturers claim.

The arrival of these two brands of urea is creating a new demand for this nitrogen fertilizer most used in the world. Some are concerned that the new use will drive up fertilizer prices. Others think it will be an incentive for manufacturers to increase production and therefore lower prices.

What does SCR mean?

First, Selective Catalyst Reduction (SCR) is not a new technology, even though the EPA has only mandated it in the last decade. It has been around for nearly half a century and was first used in the power generation industry to reduce nitrogen oxides from coal-fired power plants.

The urea-based SCR system is the only technology available that can remove enough NOx from diesel exhaust to meet the strict limits imposed by the United States Environmental Protection Agency (EPA).

How does an SCR work?

The hot exhaust gas and DEF (or AdBlue) enter the catalytic converter where the urea in these fluids and the exhaust gas react with a variety of metal compounds to convert nitrogen dioxide and monoxide to nitrogen and water.

Nitrogen is the main component of the air we breathe and is harmless to the environment, just like water. Additionally, most modern diesel engines use SCR in combination with exhaust gas recirculation to reduce emissions.

When this system was ordered to be used in diesel engines, the idea was not well received, as owners would have to add it to their vehicles and, alongside it, they should also consider Diesel Exhaust Fluid (DEF). This meant that they would have to pay more money.

However, the DEF and (SCR) turned out not to be that bad and in the end, despite the added cost of the fluid itself, the perceived improved fuel efficiency and reduced emissions paid off.

How often should I fill the tank with Adblue or DEF?

Get rid of the idea that having an SCR system along with an additional tank for urea is not economical at all. You will not have to fill said tank all the time. You should only do this every time you change the oil or depending on your driving habits or the length of your trips.

With this in mind, we recommend purchasing a cargo truck that meets EURO 4 or 5 standards. Let's help protect our environment! 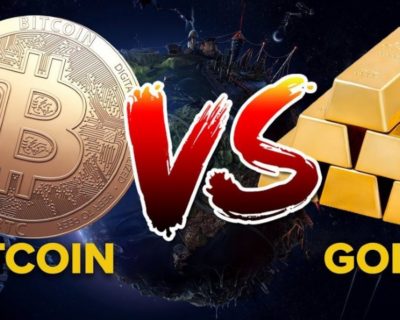